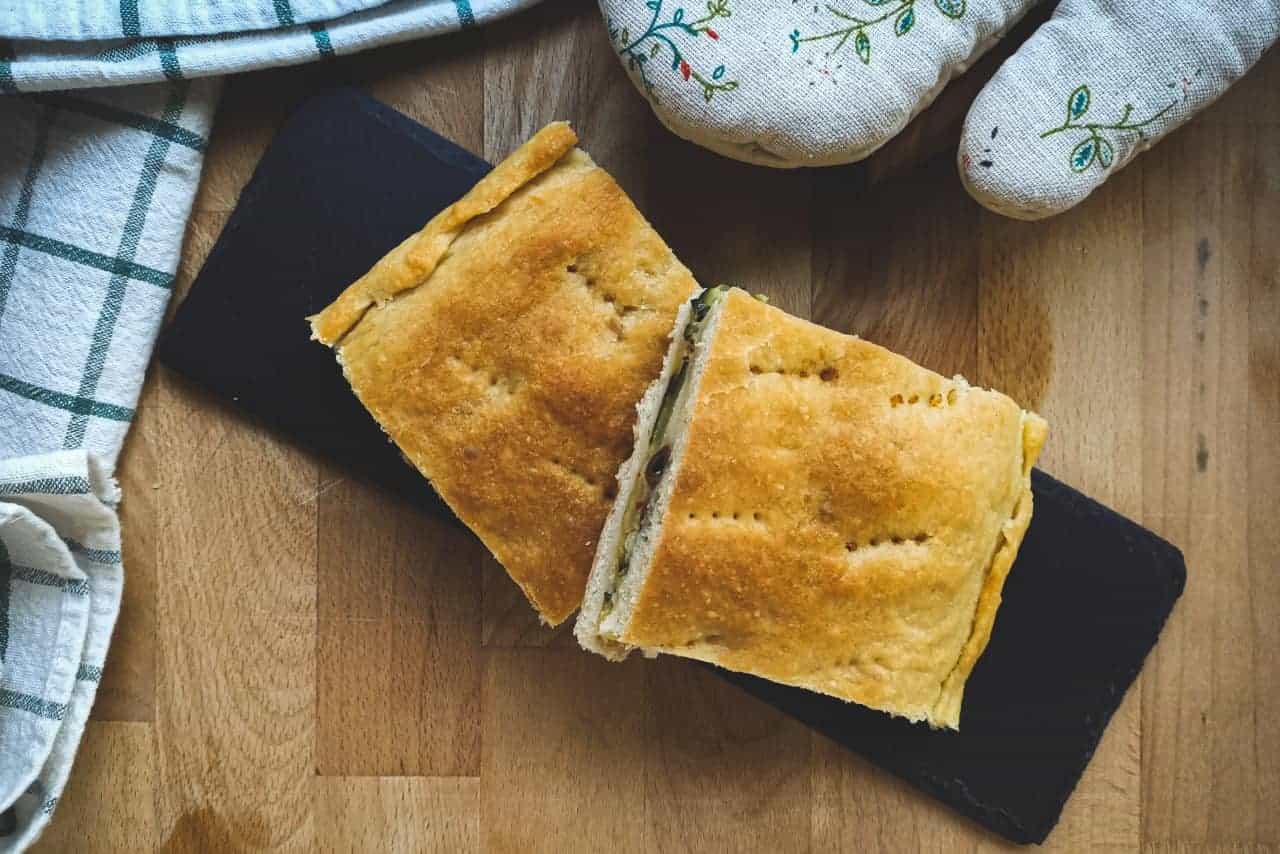 A fundamental pillar of our local cuisine? Undoubtedly… the focaccia , better if filled to perfection with delicious fillings of all kinds.
If, like me, you are a very lazy sweet tooth (sigh) you can opt for a quick stuffed focaccia recipe that will take much less time than preparing the traditional soft focaccia .

This type of focaccia is very versatile : it lends itself to vegetarian fillings (onions, herbs, cheeses…) as well as meat fillings (not too seasoned cold cuts, sausage or simple minced meat seasoned to taste).

Let's see in detail what we need to prepare the quick stuffed focaccia and the procedure to make it to perfection.
In this recipe, I decided to prepare a vegetarian version based on onion, zucchini, mozzarella and Apulian caciotta .

A tip to taste it at its best? Prepare it a few hours in advance and reheat it at meal time… so it's really out of this world!
Enjoy your meal!